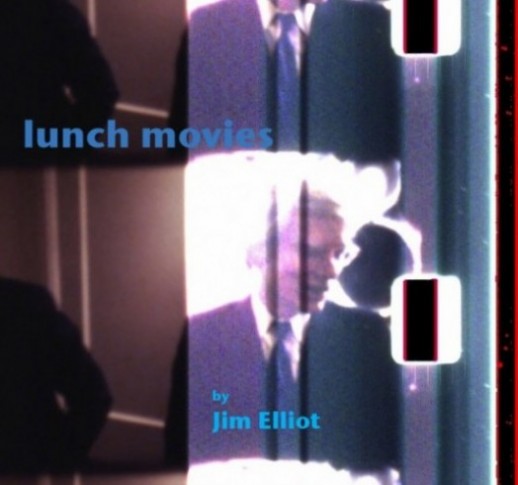 Between 1972 and 1983, the museum director James Elliott produced an unusual series of ﬁlms based on the form and content of social gatherings, eventually reﬁned in focus to the ritual of the shared meal. The ﬁlms produced by Elliott during that decade, including a few that were stolen or presumed lost, are known collectively as the “Lunch Movies,” and while they have been a subject of specialized interest among his colleagues for years, there have been few screenings and no critical analyses.

Responding to a renewed interest in the diary-ﬁlm genre and in the cultural phenomena the ﬁlms represent, Elliott, before his death in September 2000, had undertaken the reformatting of the original 8-mm ﬁlm stock to digital beta cam video. He had also agreed to the publication of a book of digitally printed frames selected from the ﬁlms, augmented by a text component, to be published by Artspace Books, New York. Elliott also intended the exhibition of additional, similarly excerpted images and the screening of the ﬁlms themselves.

Experimental work in ﬁlm had already permeated the contemporary art world during the 1960s, when Elliott served as curator of modern and contemporary art at the Los Angeles County Museum. The assemblage artist Bruce Conner and industrial designers Charles and Ray Eames stimulated Elliott’s interest in nonconventional ﬁlm practice. Conner, who projected his own short movies at Elliott’s apartment above the carousel on the Santa Monica Pier, intended that his brief, informal ﬁlms be sufﬁciently entertaining so that they might be played again and again, over a period of time, like a record. By contrast, Charles Eames introduced Elliott to concepts developed by the Eames studio for a specially commissioned propaganda ﬁlm extolling the beneﬁts of capitalist culture, intended for a Soviet audience. Eames believed that conventional ﬁlm was inefﬁcient, and that his saturated montage of slidelike images had the capacity to communicate more information with greater intensity.

Elliott understood that by the time he embarked on the “Lunch Movies” adventure, the improvisatory work of “underground” ﬁlmmakers such as Jonas and Adolfas Mekas, Ron Rice and Ken Jacobs was colliding with the disparate world of the carefully crafted documentary and verite ﬁlms made by Richard Leacock, D.A. Pennebaker and the Maysles brothers, with Andy Warhol present at the moment of their synthesis. At whatever stage Warhol’s inﬂuence began to pervade both these genres, these experimental modes were in the air.

Elliott’s active experiments in ﬁlmmaking ended abruptly in the early 1980s when several ﬁlms were stolen. Although he posted a reward notice, they were never returned. He was devastated. Recently, however, he was increasingly drawn to revisiting the work, and liked the idea of presenting it to a contemporary audience. He enjoyed the ﬁlms, found them interesting, and suspected they could be of interest to others. He also discovered that a changing cultural context had altered how the ﬁlms are perceived.