Patkin is known for working in narrative form. His work not only tells stories but deals with reinventing the structure and technique of visual narrative itself. The results are paintings and sculptures in diverse and innovative media that make imaginative use of materials and highly complex visual metaphors. 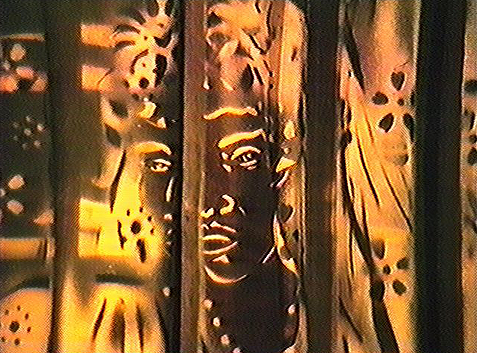 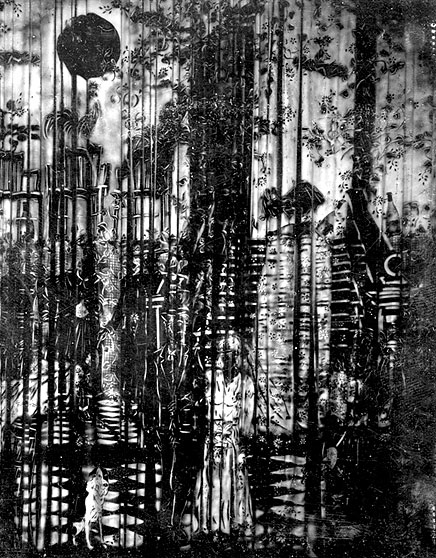 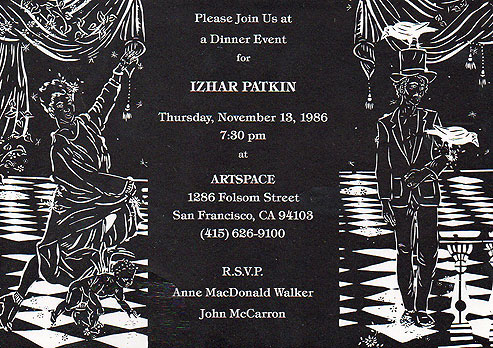 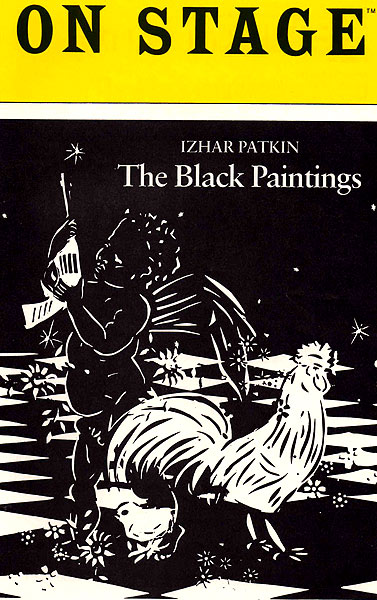 Where Each is Both, 1994. Collection; Guggenheim Museum , NY.
14 ft. blown glass sculpture of a dancing God figure combining the legends of Shiva Nataraja, Carmen Miranda and Josephine baker.

The Exile, 1994. Collection; Guggenheim Museum, NY.
An allegory of the senses as the isolated inhabitants of a golden Gothic garden in a series of eight oil & gold leaf paintings.

The Perfect Existence in the Rose garden, 1988. Collection; Honolulu
Contemporary Museum, Hawaii.
Paintings of a golden Gothic  Hortus Conclusus, in which the Virgin & child inhabitants were replaced by other metaphors. (catalog)

Gardens for the Global City, 1991- (in progress) Collection; Guggenheim         museum and Whitney Museum, NY.
A series of 108 oil paintings with a rug-like surface, achieved by painting through aluminum wire mesh ‘canvas’ from back to front. The paintings combine narrative traditions of Asian carpets with modern painting narratives of form.

Host Culture, 2001. Collection; Tel Aviv Museum.
A group of paintings from the Gardens for the Global City series
which tell the story of Jewish Persian rugs. (catalog)

Judenporzellan, 1998/02. Collections; Jewish museums, NY and Berlin
Large-scale collages in a technique that involves cutting, folding and weaving stenciled paper. “Judenporzellan” is based on the story of an 18th century law, which forced Berlin’s Jewry, the Mendelssohn     family among them, to buy inferior and overpriced porcelain from the king’s failing factory. (catalog in progress)