A Documentary by Michael Penhallow 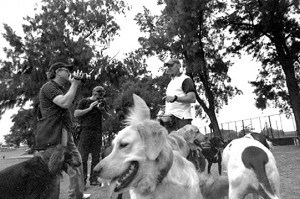 A ﬁrst eye account of dog walkers in Buenos Aires. From the swanky barrios to the parks of the Argentine capital, the narrator takes the audience on a ride through the heart of the city in search of what it takes to control up to 20 or more large dogs at a time and how the number of these walkers adds spice to the city streets and ultimately reﬂect the health of the local economy. 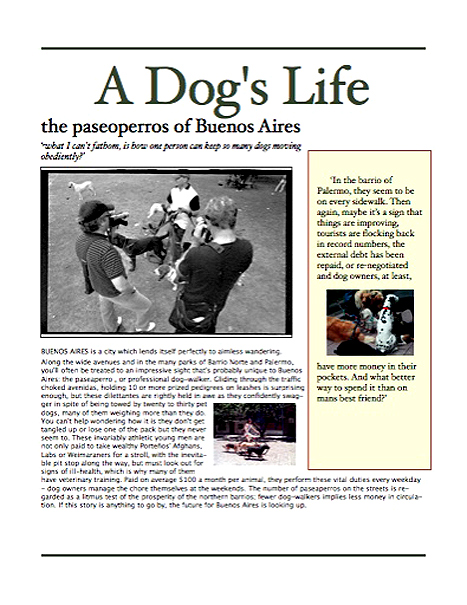